Sunday we relocated two colonies in Mountain View. The swarms moved in about 1.5 weeks ago and both built their homes in the attic space about 10 feet away from each other. They were probably new queens from the same colony and upon meeting each other they fought and both left the hive. 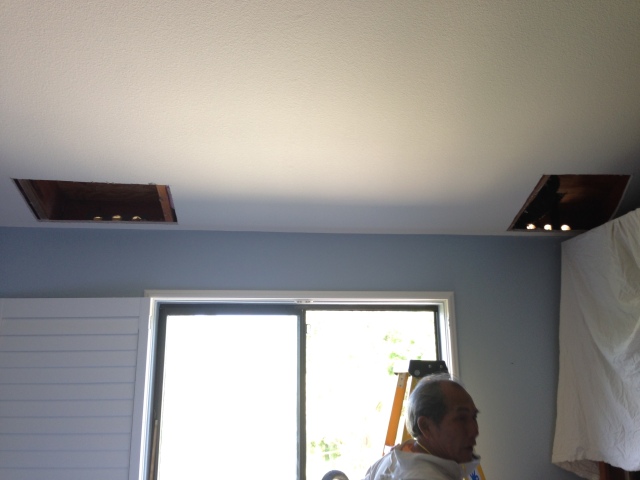 Below we expose the first hive start removing the sheetrock and pushing back the insulation. 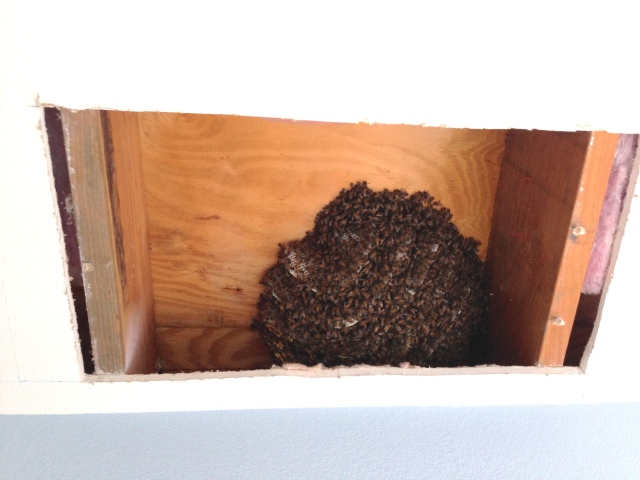 Here’s my dad vacuuming the bees using our beevac. 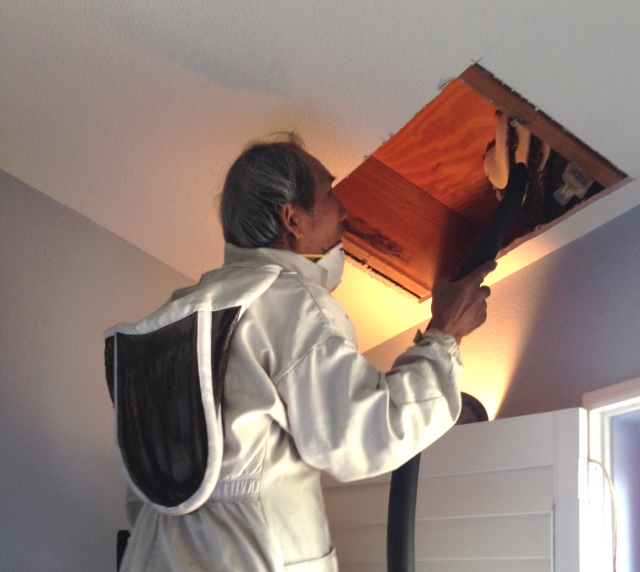 About 1.5 weeks only and they have already built a lot of comb. Look at the fresh white wax. 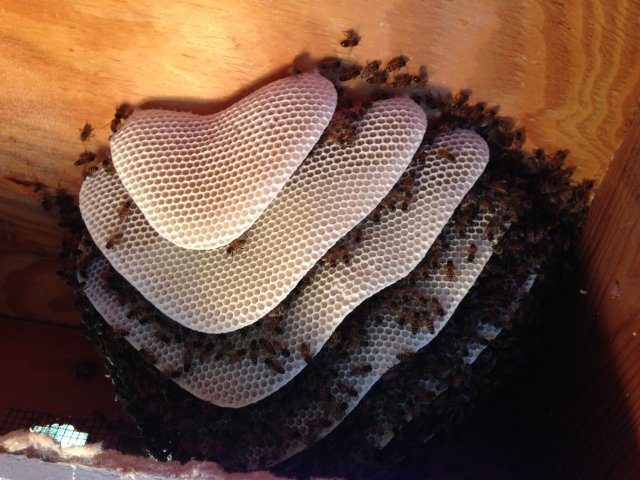 Here’s queen number 1. She’s laying but might be infertile. I see female cells with brood but the capped ones are really domed, meaning most likely she’s laying infertile eggs. 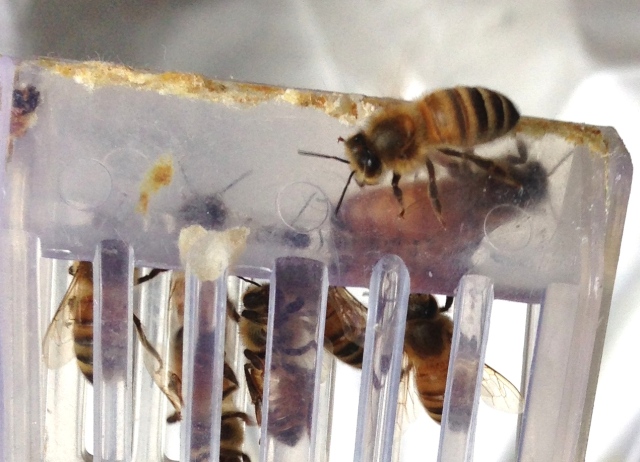 Just to the right of the first hive is the second. A little smaller than the first but still a good size. 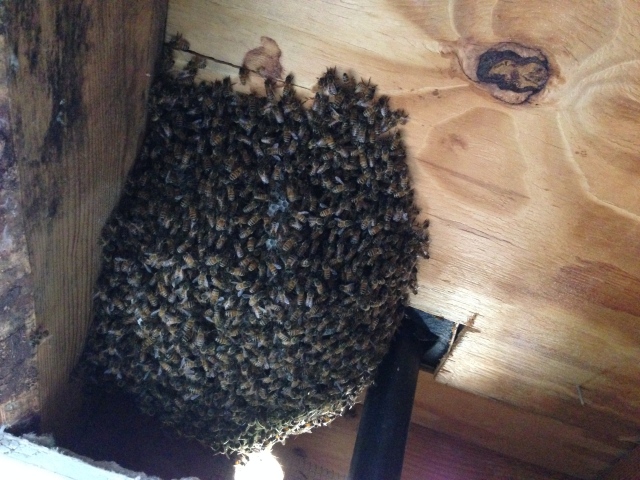 The queen ran up the hole where the vent pipe goes to the roof. I saw her once and tried to grab her by hand but failed. Second time I saw her walk out I decided to vacuum her. I wasn’t sure I got her but signs from the other bees gave me clues. We found her when we go home. Like the first colony, this one also had more domed female brood. Bad news! Both I’m pretty sure are have bad queens. 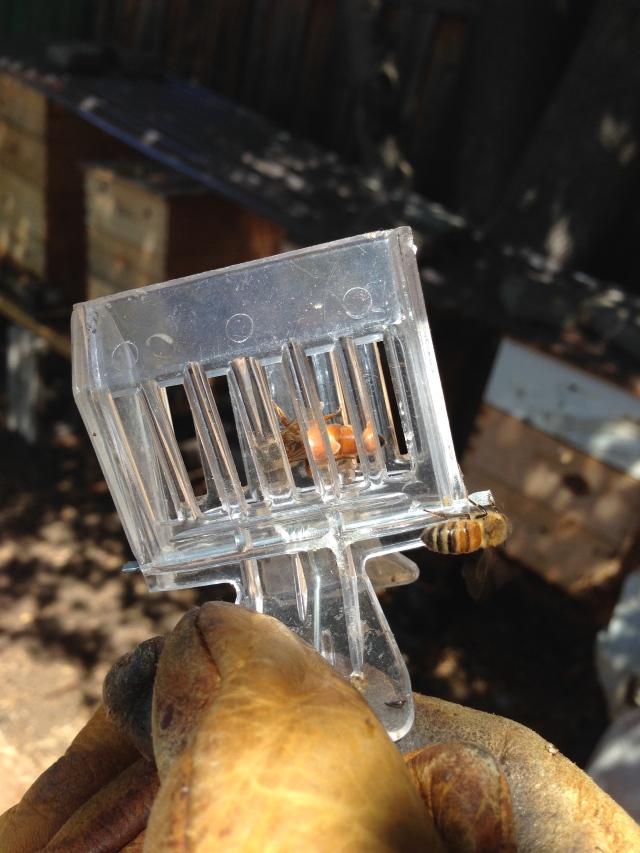 Thanks Melanine and Mark for having us save our local honeybees!